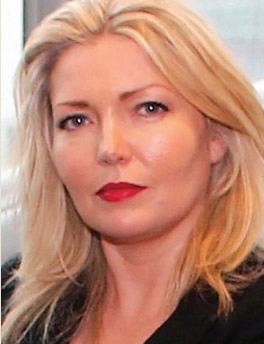 Advising companies and organizations seeking to expand beyond home markets, Angela leads Tempus’ efforts in Europe from Ireland. Angela has worked as a PR expert and journalist in the UK, the US and Ireland.

Her international media career started at the FT Business Group and she has since worked as Financial Correspondent, New-York-based America Correspondent, Editor, Group Editor and CEO for a number of leading trade, local, national and international titles, amassing excellent media and business contacts in Ireland, the UK, Europe and the US.

Having held leadership roles on both the corporate and agency sides of the business, John has established a proven track-record of success across financial and professional service industries. He has led Tempus’ efforts in the United States since 2014. That includes most recent engagements with New York Community Bank, Invest Northern Ireland, Grant Thornton, Dublin City University, among others.

John previously served as a managing director at New York Life Investment Management (NYLIM) for six years, where he created and led the firm’s corporate communication function. In his first two years with the company, he quadrupled the quantity of media coverage for MainStay Investments, the firm’s retail mutual fund brand. He orchestrated a cross-enterprise product launch and education initiative, recognized by PR Week as the 2008 Financial/Investor Communications Campaign of the Year. John was named to PR Week’s “40 Under 40” in August 2009.

Prior to NYLIM, John worked at New York City based PR firms such as RF|Binder Partners, Hill & Knowlton and Cohn & Wolfe where he worked closely with a range of notable clients including Bank of America, Aon, McGraw-Hill, Deloitte & Touche and PricewaterhouseCoopers.